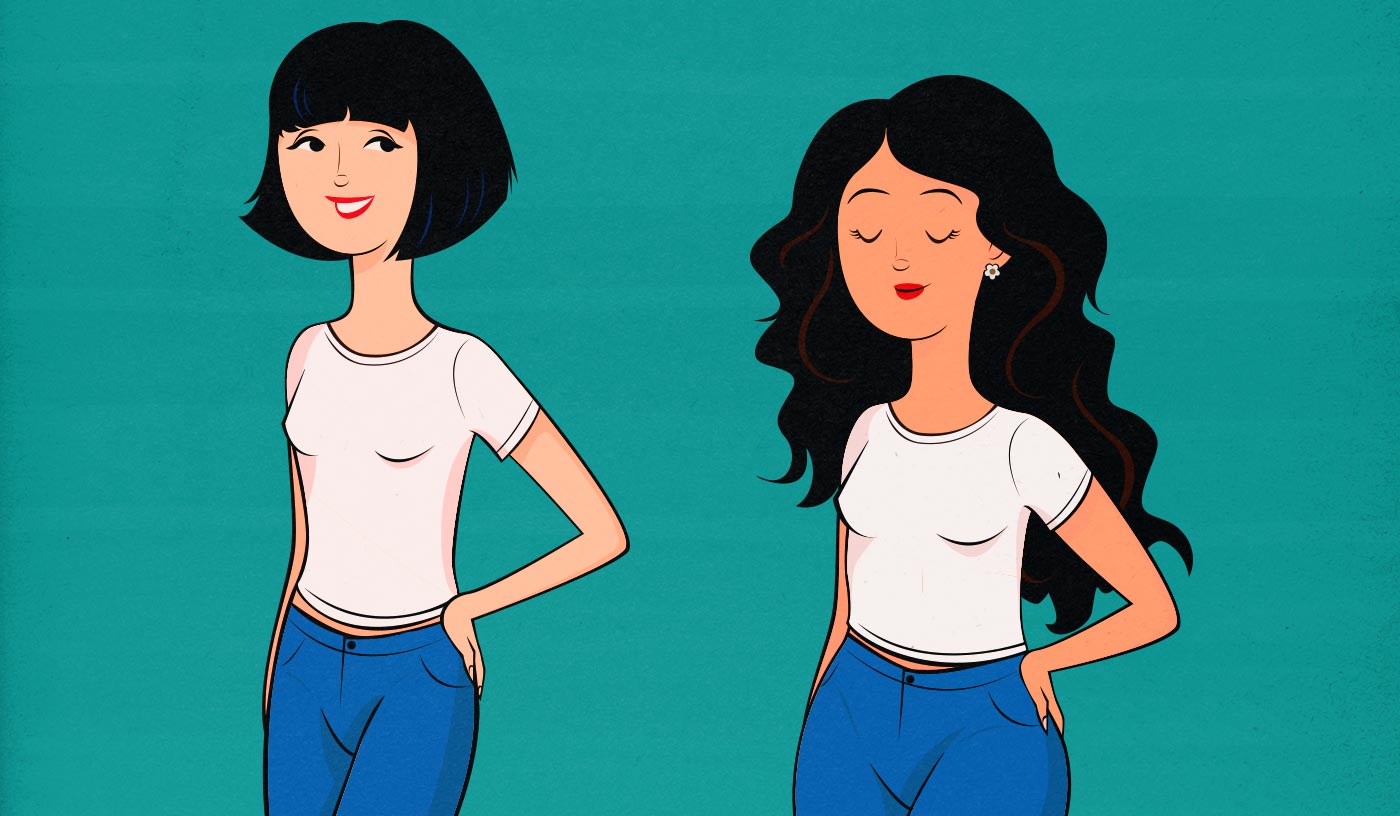 In an era obsessed with getting smaller, we bananas, hardgainers, ectomorphs, string beans, or whatever you want to call our naturally skinny body type—we’re outliers. When it comes to fitness, at best we’ll find ourselves slotted into a footnote: “Oh yeah, and if you’re naturally skinny—must be nice—you’ve got a fast metabolism and stuff so, you know, just eat more.”

Of all the issues skinny women run into, perhaps the most prevalent is finding it hard to eat enough calories to gain weight. The common advice we get is, “Just eat more.” And that advice totally sucks. It might work fine for most people, but the fact that we aren’t most people is precisely why we’re being given that advice in the first place, and also why that advice is so naive. For most people, eating lots of food is second nature. If you tell the average woman to “just eat more,” she’d be able to. Hell, she’d probably even like it (until she got fat).

What most people don’t realize is that telling naturally skinny women to eat more is as silly as us telling an overweight person, “Just eat less—duh!” That won’t solve any problems. In fact, if you go around telling people to “Just eat less,” you may even get in a fight. (And if you plan on getting into fights, it might help to build some muscle first.)

Anyway, I’m sure you’ve realized there’s a lot more at play here than how much you eat. And you’re right. So what’s going on here? Why is it so hard for you to gain weight? And what can you do about it? 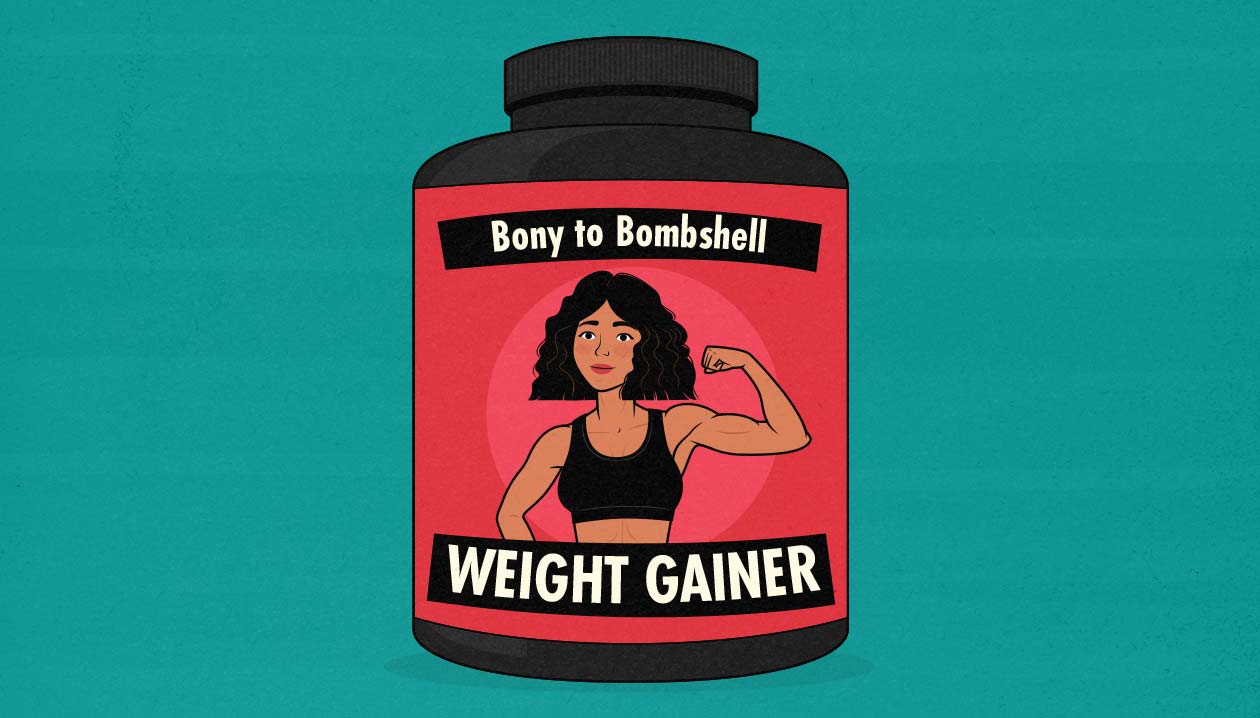 The idea is that by drinking all of these calories, you can gain weight more easily. These weight gainer shakes aren’t as filling as real food. You don’t need to cook or prepare it. And you can chug the shake in a few seconds flat. There’s no denying that weight gainers can make things easier. No wonder they’re so popular.

So, do they work? Should you use them? Are there any downsides or side effects? And what kind of results can you expect if you start taking them? 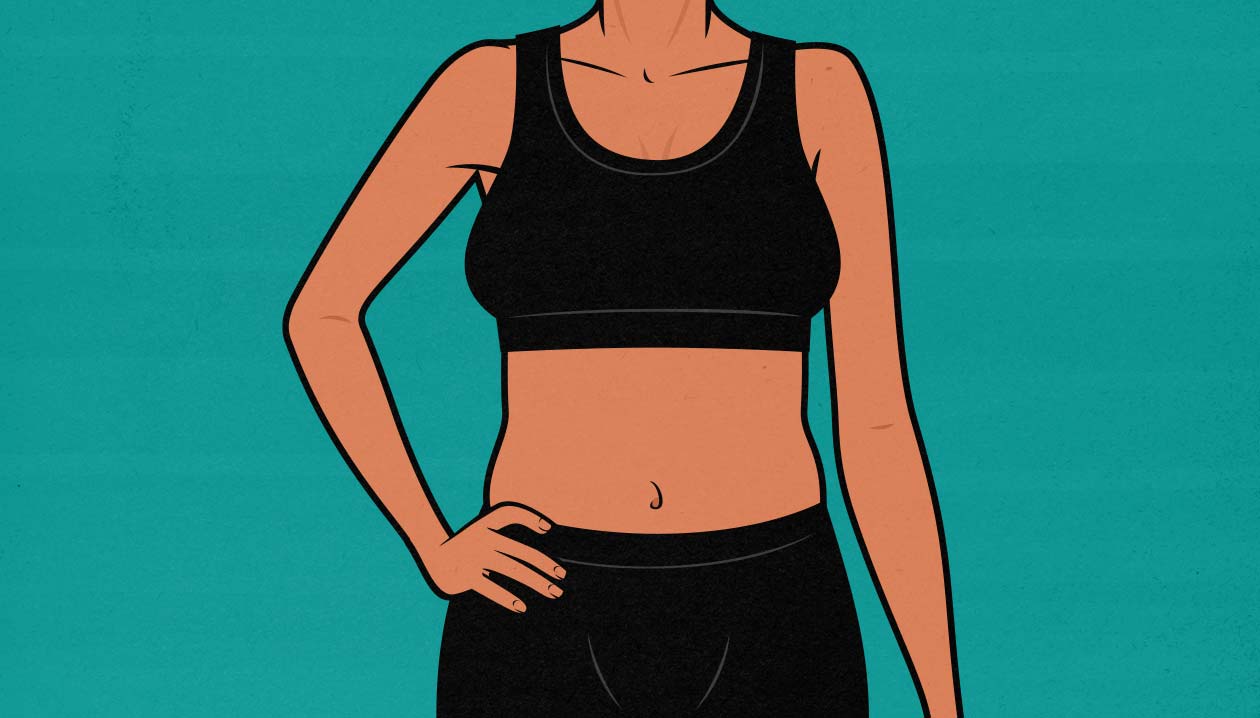 “Skinny-fat” isn’t a body type. It’s not a scientific term. But it’s commonly used by people who have a higher body-fat percentage and a lower degree of muscle mass. Someone who has a normal body weight but is out of shape. For instance, if you have excess fat around your belly and thighs but also have skinny arms, you might feel both skinny and fat, and thus refer to yourself as skinny-fat.

It’s a confusing situation because it’s not clear whether you’ve been overeating or undereating. It’s hard to know whether you should be trying to gain weight to encourage muscle growth or trying to lose weight to burn fat. As a result, some experts recommend body recomposition, where you gain muscle and lose fat simultaneously. Is that really the best approach?

Finally, how should skinny-fat women approach diet and exercise? And is there anything about your lifestyle you need to change? 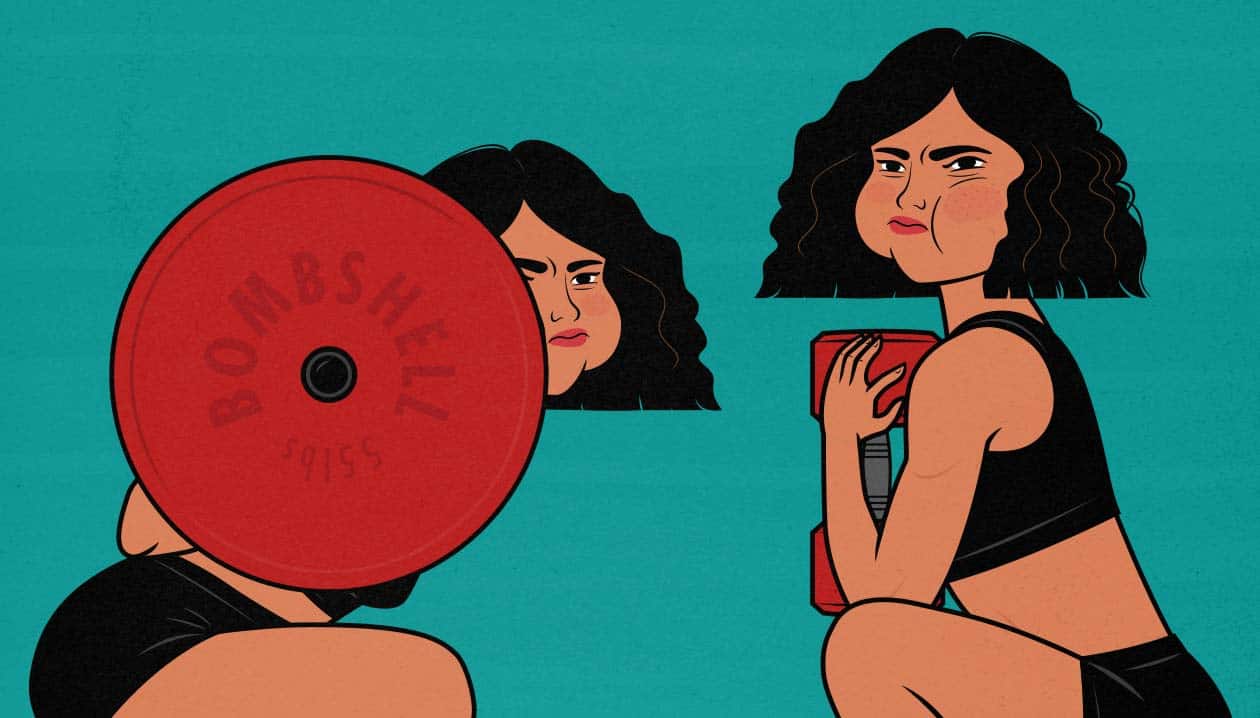 One of the most common questions we get is, “What equipment do I need to build muscle?” You can use a few different setups, but some setups are particularly good for gaining muscle size and strength.

In this article, we’ll go over the pros and cons of:

All of these options are viable. You can build muscle with anything. Even your own bodyweight. But some of these setups make it easier than others, and they each have their pros and cons. 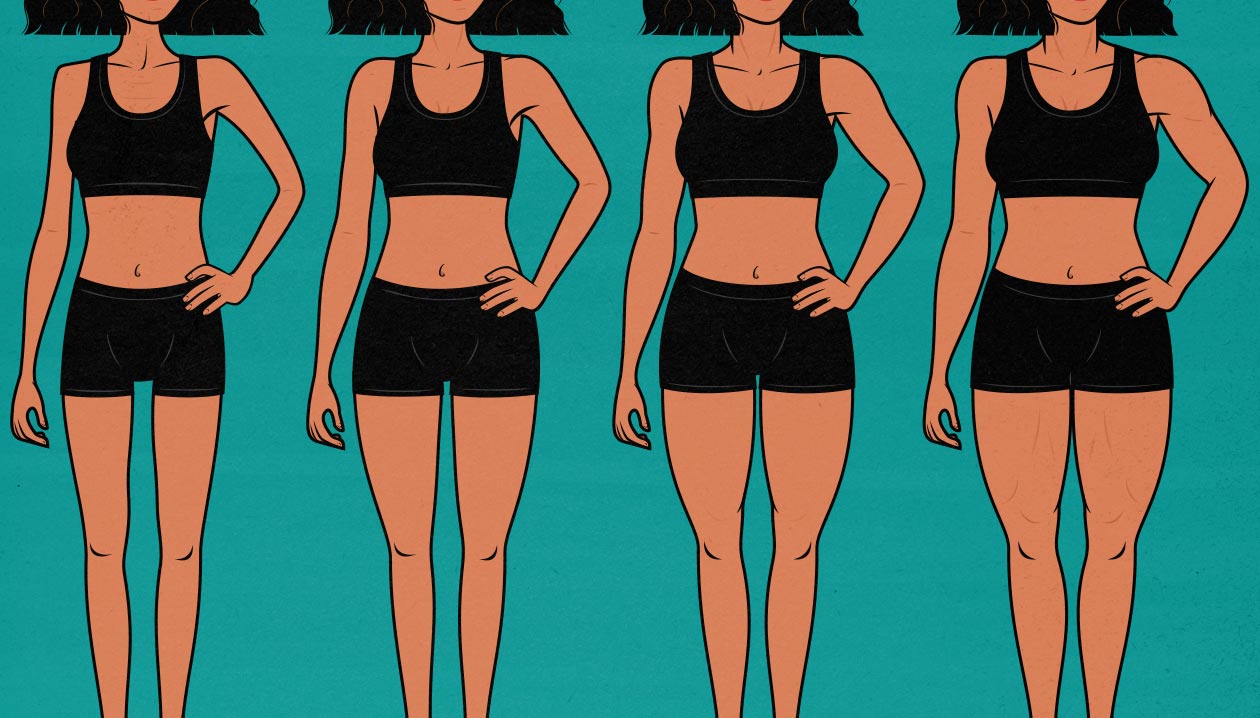 We’ve been getting requests to conduct research on female attractiveness for over ten years now. And we’ve finally done it! We surveyed 1,072 men, asking them to rate varying amounts of muscle and body fat, as well as which proportions they preferred and what muscles they found most attractive. We also surveyed 394 women, asking them how much muscle they wanted to build, their ideal body-fat percentage, and what muscles they wanted to emphasize in their training. Finally, we surveyed women who are attracted to women.

Unlike with male bodies, where men and women preferred different physiques, men and women tended to agree on which female bodies they were drawn to. All the groups we surveyed voted for the same degrees of muscularity and leanness and preferred the same proportions. There was also a wide range of bodies that were considered attractive, with most body types preferred by at least a small percentage of people.

In this article, we answer a few questions: 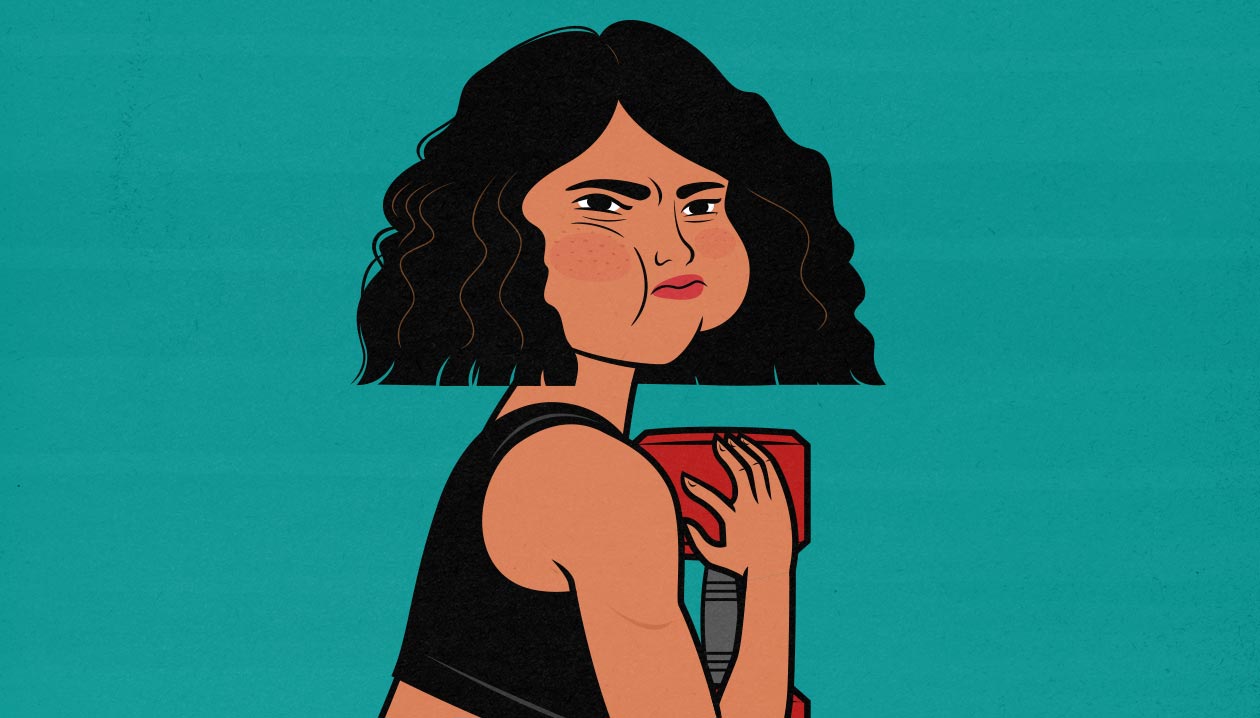 We’ve given you a fair bit of information about why building muscle is so great, and also about why it can be so hard for naturally skinny women. At this point you might be thinking, okay, yeah, this sounds great—I want more curves, more muscle, and more strength—but how do I actually get started?

In this post, we’ll teach you how to start lifting weights, either at home or at a gym, and then give you a routine you can follow for the first few weeks. If you pair this with a good muscle-building diet, you can start building muscle right now. 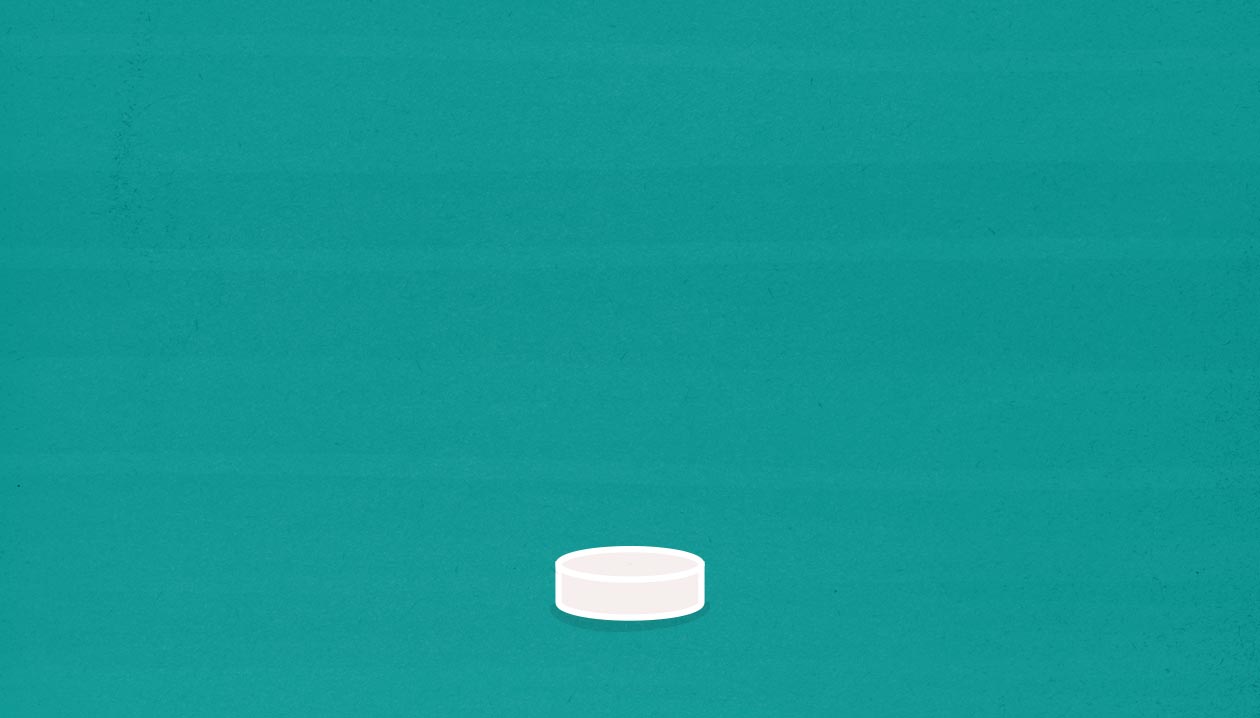 Birth control pills are one of the most popular contraceptives, with one study showing that 80% of sexually active women have taken them at least once. This is something, then, that could affect most women, especially at ages when they’re most eager to build muscle.

This is the latest of several studies looking at how birth control pills affect muscle and fat gain, but the sample size was fairly large, and the findings are fairly dramatic. Let’s take a look. 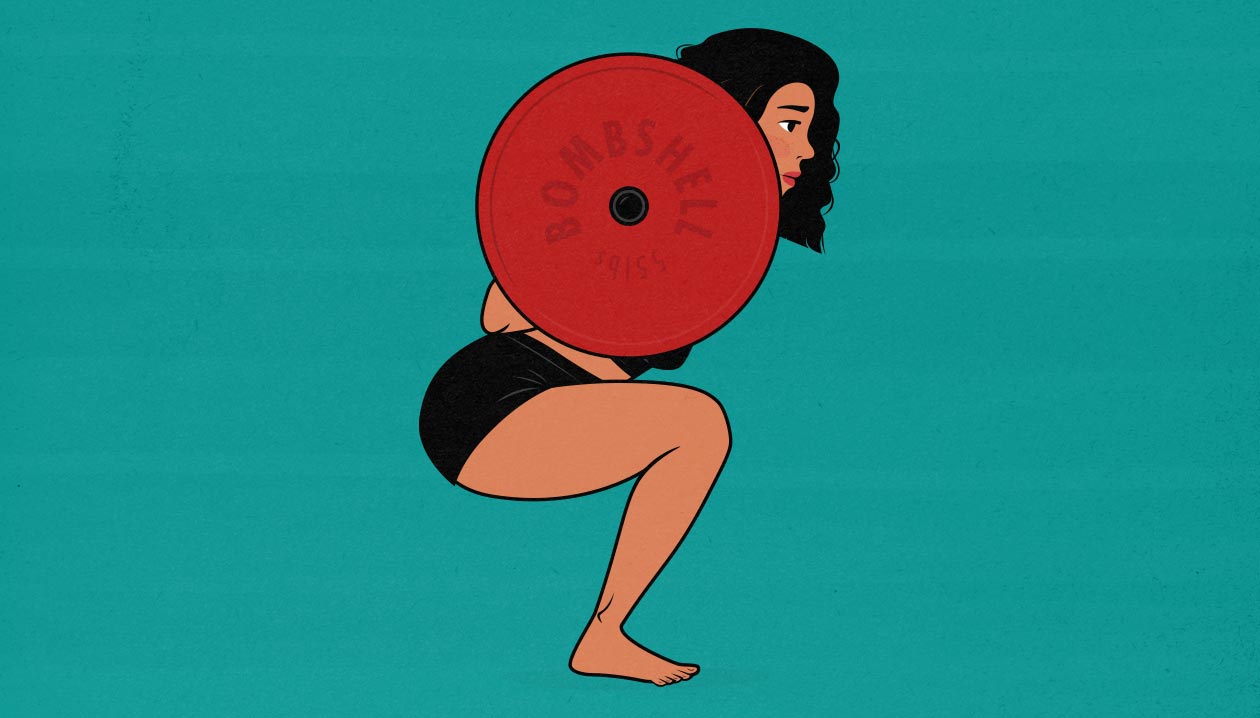 Squats are the bulking lift. They’re absolutely amazing for bulking up our quads and glutes, and they stimulate more overall muscle mass than any other lift, with the possible exception of the deadlift. But there are many different squat variations, each with their own distinct advantages and disadvantages.

For powerlifters, the low-bar squat rules. It uses a smaller range of motion, it has great leverage, and our back strength won’t ever hold us back. If our goal is to squat as much weight as possible, low-bar squats are best.

For athletes, high-bar squats are popular. The range of motion is a little larger, it still allows for fairly heavy loading, and it does a great job of bulking up our lower bodies. For sprinters, footballers, and rugby players, it’s a great squat variation.

For men, front squats are usually best. They’re harder on the upper back muscles, which helps to build thicker torsos and better posture.

But what if you’re a skinny gal who’s trying to get bigger, stronger, healthier, and better looking? 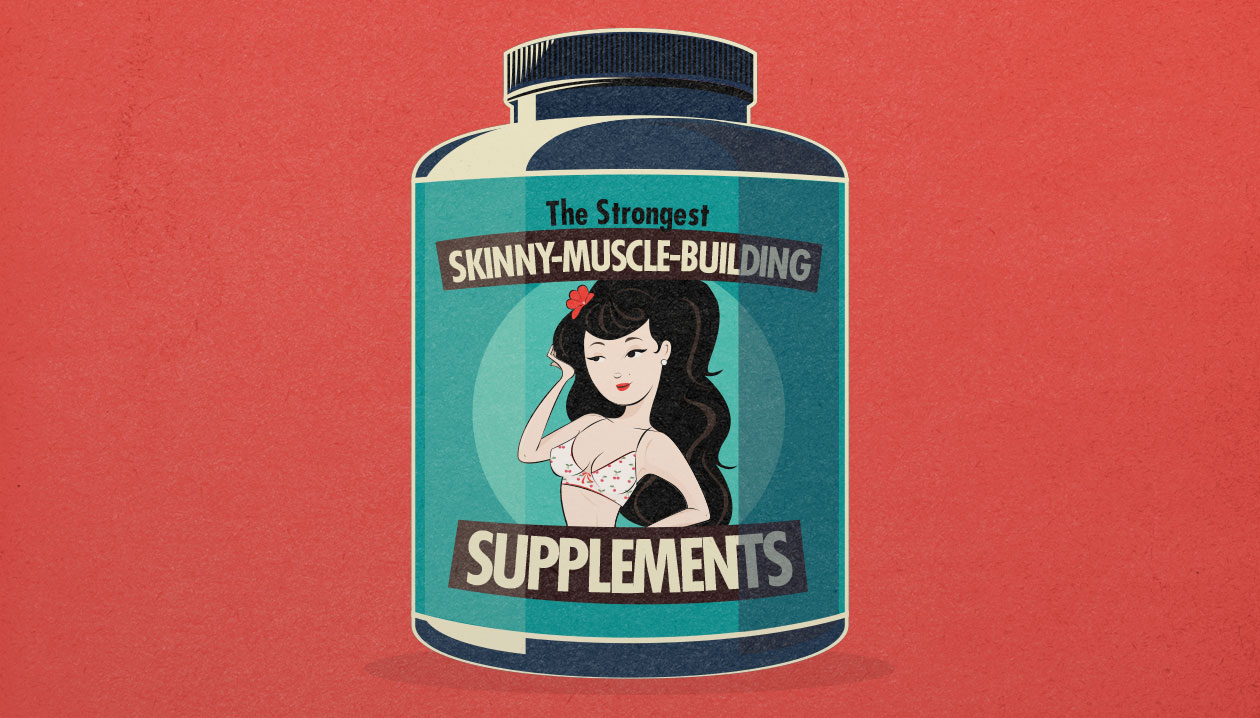 So in this article, we’ll go over the best muscle-building supplements for women who are eager to get bigger and stronger. We only recommend a few supplements, and most of them have dietary alternatives. None are mandatory, some are helpful.

There are a few other supplements that might be somewhat helpful. We haven’t covered all muscle-building supplements here, but feel free to ask us about any supplements you’re curious about in the comments. 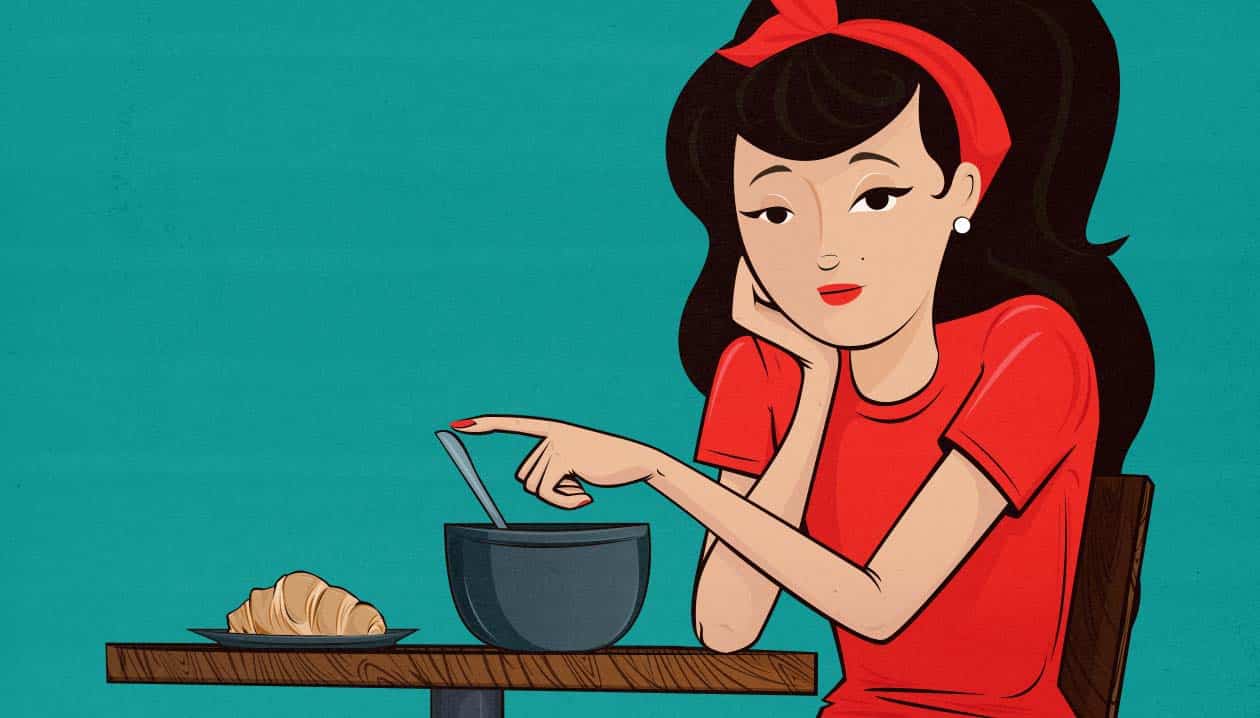 In this article, we’re going to talk about a muscle-building diet designed for naturally skinny women who are trying to gain weight. Make no mistake, this isn’t a weight-loss diet. It’s not even a diet for the average woman who wants to become leaner and stronger. This is a bulking diet, a diet that will help you gain weight. Lean weight, yes, but the scale will still move up.

Muscle-building nutrition can be overwhelming at first, especially for beginners. How much should you eat? Which foods are healthy? Should you avoid carbs or sugar? Why are ketogenic and vegetarian both so popular despite being seemingly contradictory? Will intermittent fasting help you build muscle more leanly?

But nutrition can also be pretty simple if you focus on the fundamentals. There are just two factors that make the difference between gaining nothing or gaining 0.25–0.75 pounds of muscle every week. But there are hundreds of things that make the oh-so-small difference between gaining 0.25 and 0.26 pounds of muscle. So let’s focus on the big stuff first, master it, and then worry about the small fries later.

This article is for beginners. It’s for women who haven’t quite figured out how to gain weight yet. And it will help you gain weight consistently on the scale every single week. Keep in mind that building muscle becomes harder and harder as you become more and more advanced, so we recommend learning the advanced stuff eventually. But there’s plenty of time for that later, once you’re already building muscle.

Right now, though, you just need to worry about the two most important factors: calories and protein. And, ideally, getting most of those calories from unprocessed whole foods. 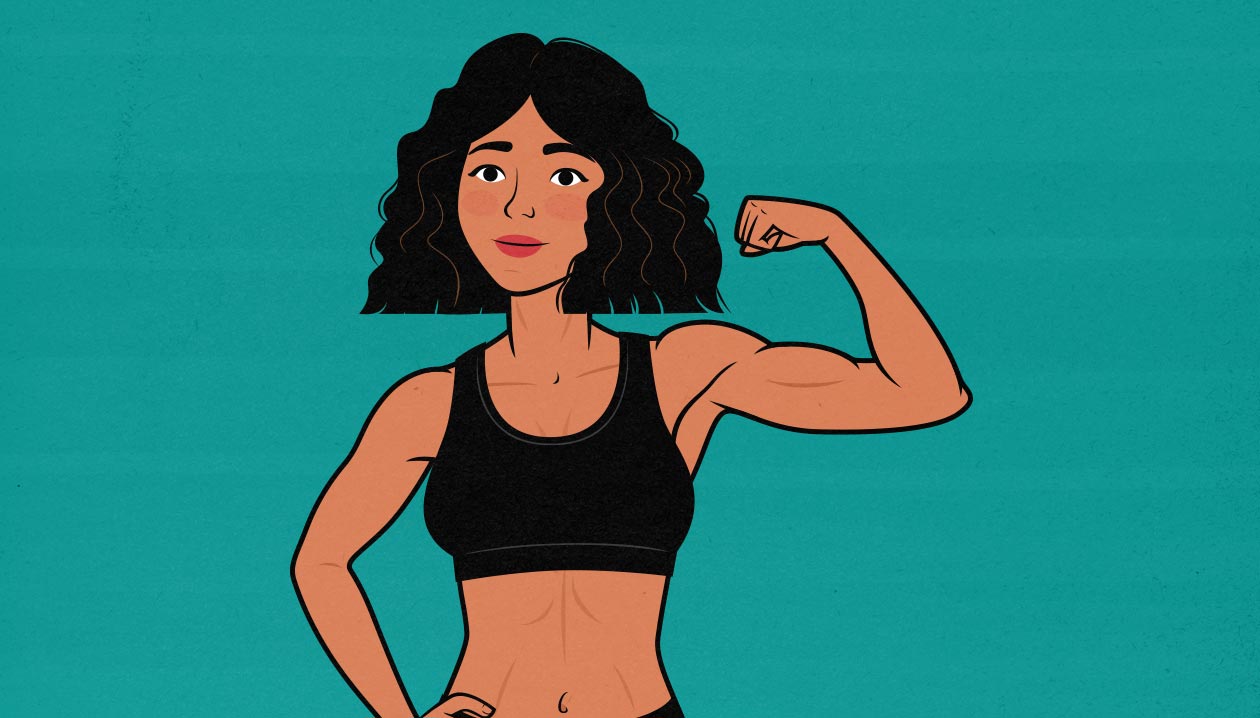 Some of our research comes from a survey we conducted. We’ll cite the other research as it comes up. Some of it might surprise you. Most people guess incorrectly about quite a lot of it.

On that note, this article is long. I’ll understand if you don’t want to read the whole thing, so here’s a quick and simple trick to make yourself instantly sexier: have a drink. It will boost your attractiveness (to yourself) by 50%. This is called the reverse beer goggles effect, aka, Beauty is in the Eye of the Beer Holder. (study) Best of all, you don’t even need to have a real drink – the placebo effect is more than enough – you only have to think you’re having a real drink. (The placebo group also experienced the benefit.)

If you’re looking for a more wholesome and longer-lasting aesthetic improvement, or perhaps an improvement that other people will notice too, don’t worry – that’s what the rest of this article is all about. 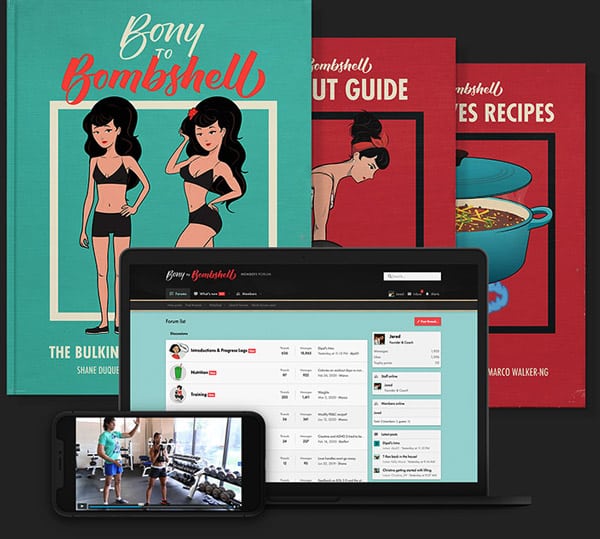 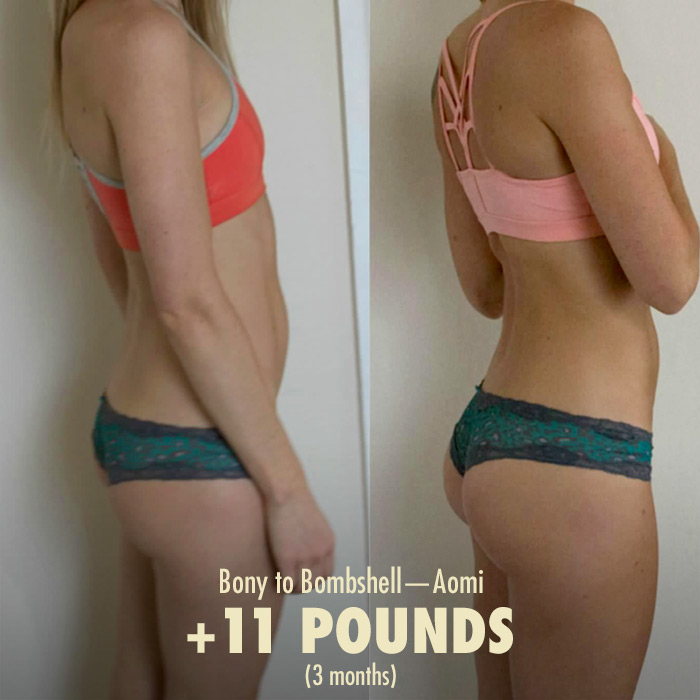 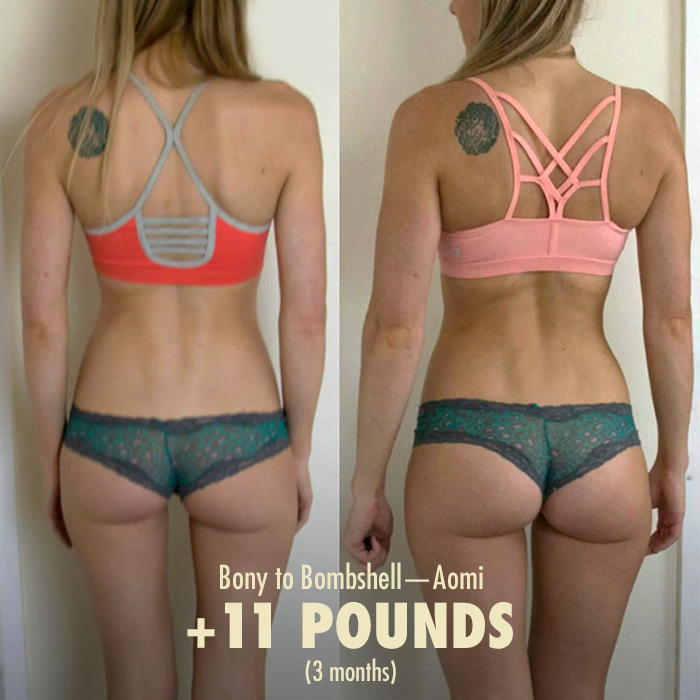 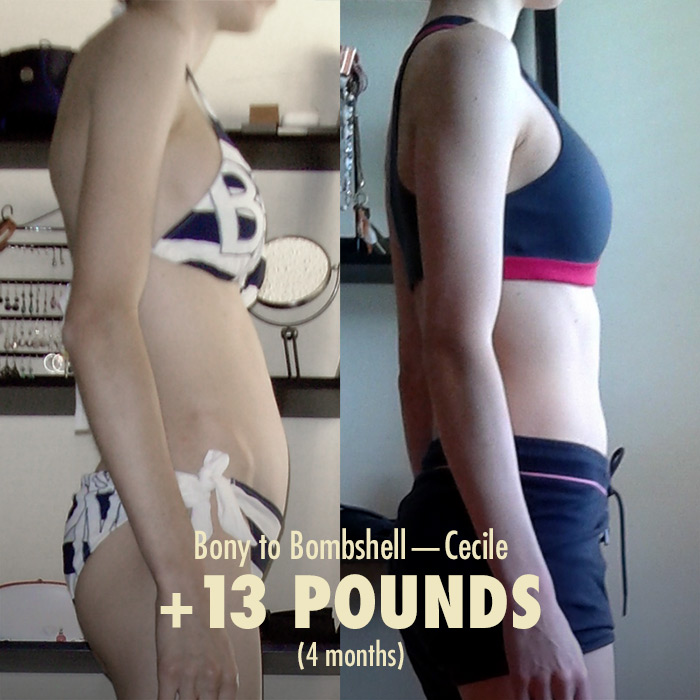 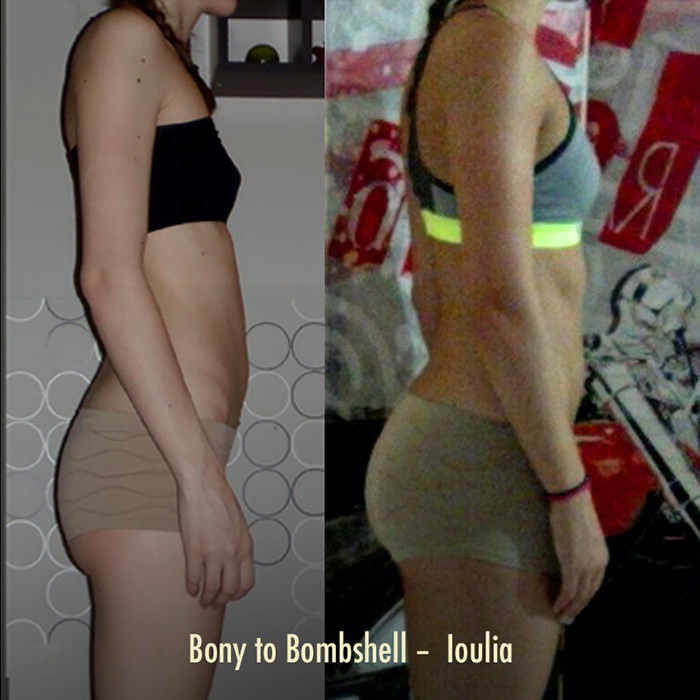 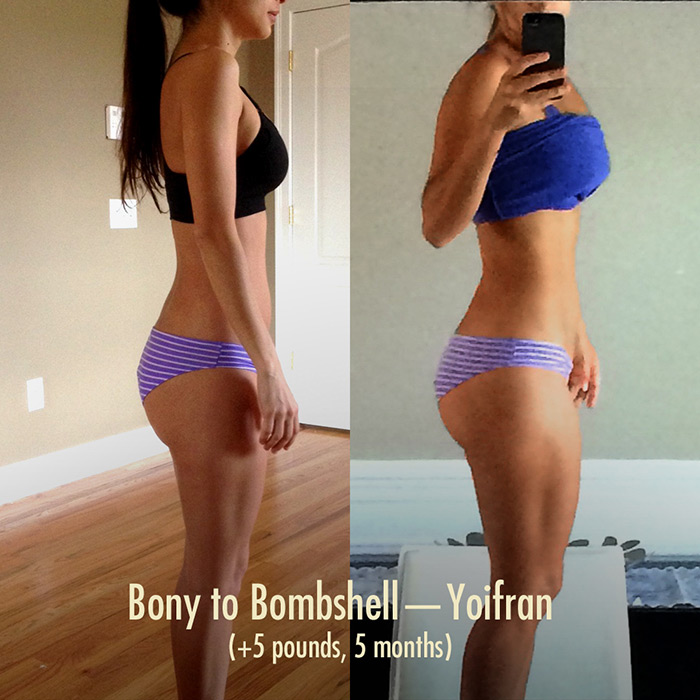 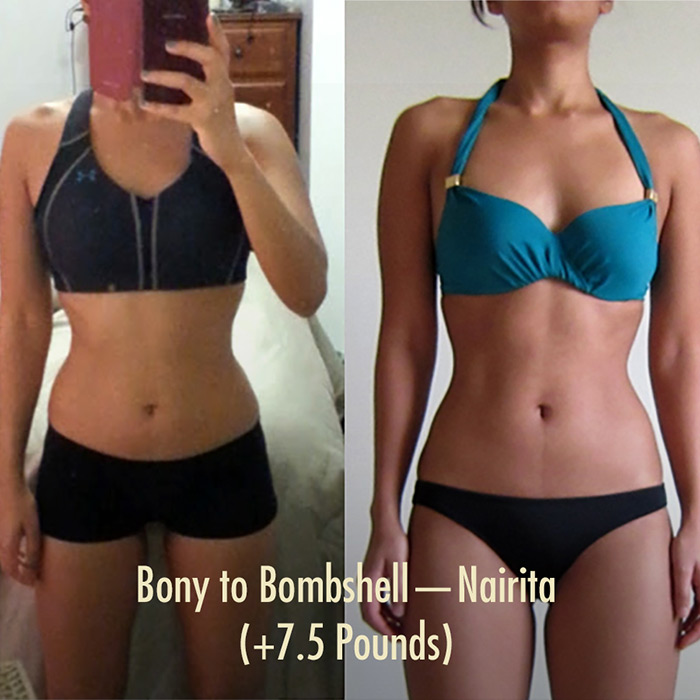 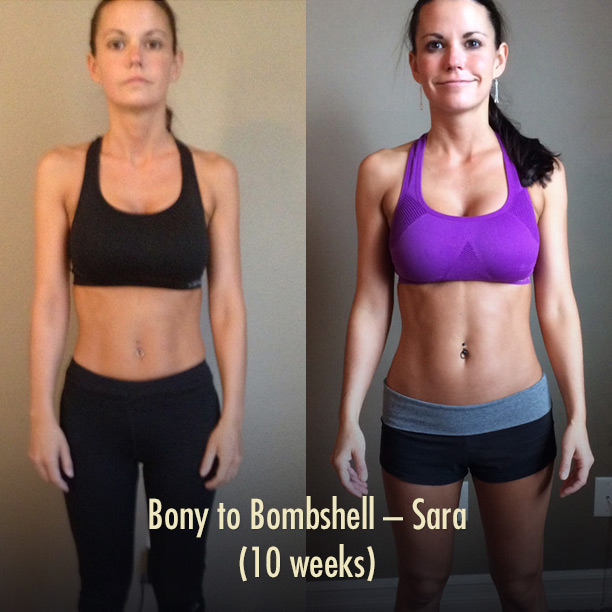 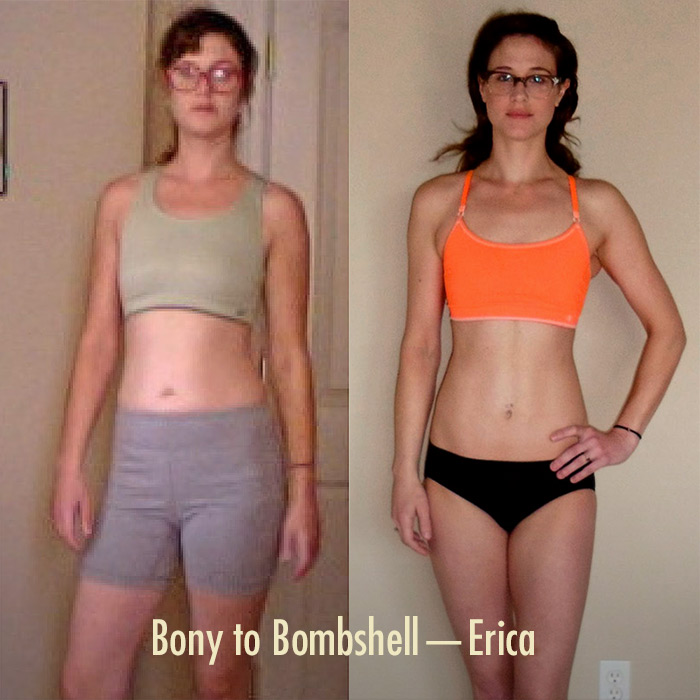 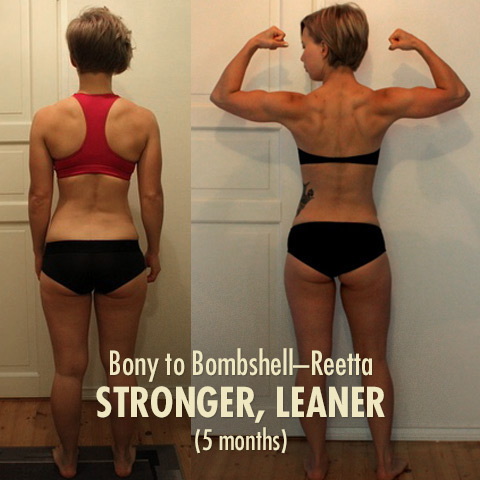 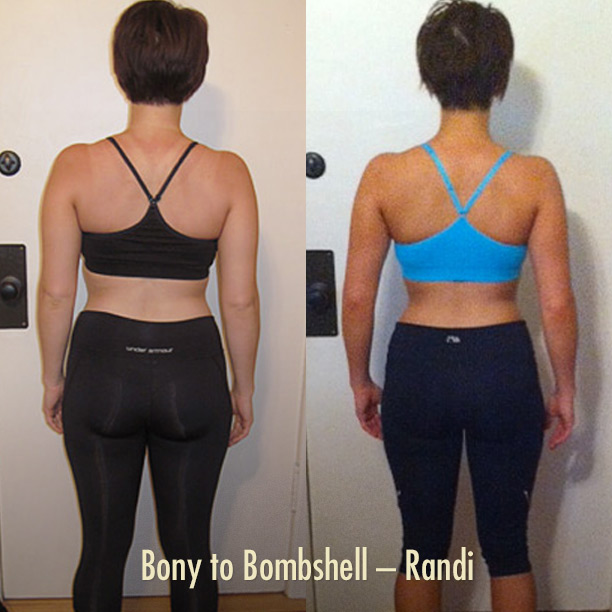